“Do you miss being able to make choices about your orgasms?”

This is from a twitter thread I recently had, and thought some people might find it useful or interesting or something.

This thread is for @MidlifeKink as a result of a poll from @thumperMN . Because I’ve spent a long time in #male #chastity and #orgasm #denial, she wondered if I missed being able to make choices about my own orgasms.

It’s complicated. Back when we were dating, I was def more switchy, and just enjoyed some BDSMy kinds of things. Mrs Edge def did not like being restrained, etc., but she did like having the control, so I learned to enjoy that.

Over time, I became disappointed that she really didn’t have any interest in doing those fun little things (handcuffs, blindfolds, tie downs, etc.). It was confusing because on the rare occasions, she seemed to enjoy it, but not enough to do it again.

We hit a period where it affected even our vanilla sex life. In reconciling, she mentioned offhand that the only thing she found exciting were some of the home built cock cages that I had made. The idea of having the final say was exciting to her.

I showed her a picture of the CB3000, and she said “You have got to get one of those!” As it happened, I had already bought one a couple of months previously to experiment with. She demanded that I get the keys and put it on for her.

That started a period of us (but mostly her) experimenting with what she felt comfortable with. Took a few years, but turned out that what she liked was really, really long lockups. Weeks. Months. More months.

On my end, it was… different. Denial was not my kink of choice, but since it seemed to be the *only* kink that Mrs Edge was comfortable with, I decided to go with it. I tried a few different cages, but my modded CB3000 was the most comfortable.

We played at this on and off for years, and each time, having her lock on the cage made me feel energized. We would tease each other about making it permanent, which would only drive her into longer and longer lockup periods. And I began to look forward to them.

Almost every time, those periods would end when a plastic piece of a cage broke. I finally tried some of those inexpensive Chinese ones, with an eye to getting a custom one made. I stumbled across one called the A272, which turned out to be the most comfortable and convenient.

So then I was in a cage that was, essentially, unbreakable. The teasing about “making it permanent” took on a note of reality that was missing with the plastic cages.

My birthday, anniversary, Xmas, NYE, and other holidays passed, and became a full year.

I was still enjoying the simmer (yes, even after 20 years). Our intimate life was the best it had been in years.

I agreed to keep going.

So, now it’s another year passed. I have not lost the desire for an orgasm. I wake up almost every day wanting one.

But I’ve come to realize that it’s the desire to have an orgasm that fuels the warm, simmer that I have. If I had no desire, there would be no ache.

Along the same lines, if I could make that decision at any time to have one, then I’d probably choose to have one frequently, or at least sometimes. So I’ve also come to realize that not having a choice also fuels the simmer. With a choice, there’s no frustration.

So, do I miss being able to make choices about having them? At times I do, but I also understand that not having the choice (unless I decide to stop playing) is what makes things hot overall for me, and for Mrs Edge.

Mrs Edge has gotten to a point where she thinks that she really would like this to go on forever, and that she would be disappointed if I wanted to stop. Since my abdicating choice to her is part of what makes things hot for the both of us, I can live with this.

This was a long thread to get to that last paragraph, wasn’t it?

For those of you who are on Twitter, the thread and interspersed comments and replies can be found here:
https://twitter.com/taomlin/status/1227984221353975808 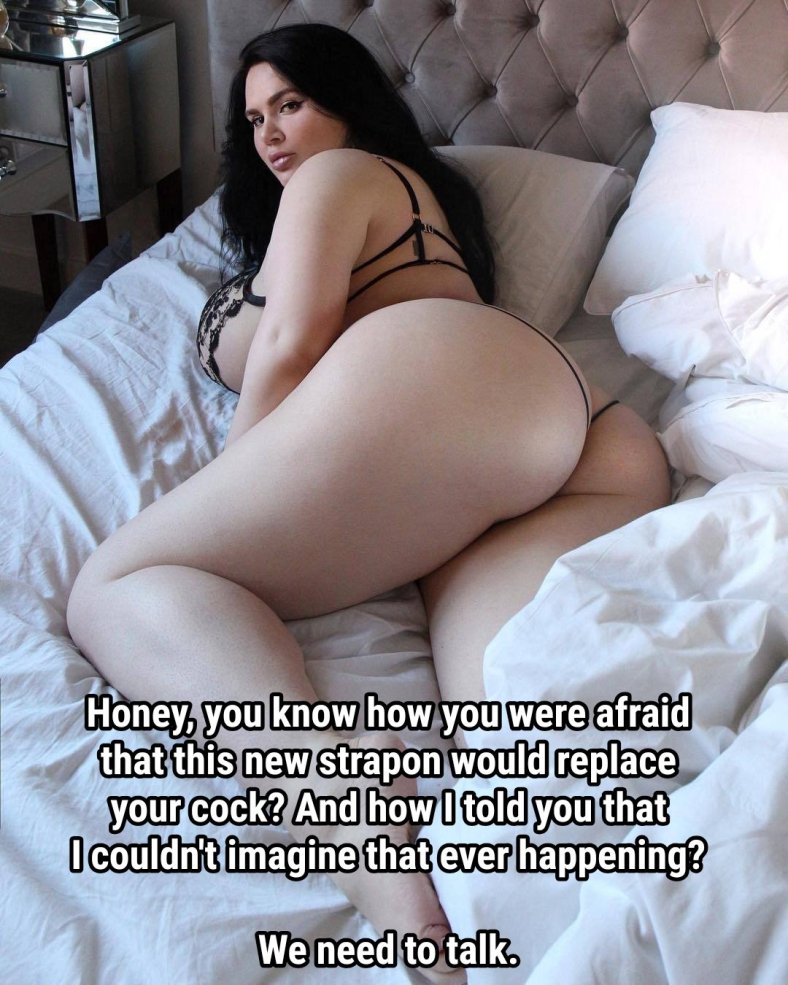 Mrs Edge says that I shouldn’t worry, since I’m going to be locked up permanently anyhow.

The Grey Geezer Dauntless defender of, um, something that needed dauntless defending. Dammit, I can't read this script without my glasses. Hey, you kids, get off my damn lawn!
View all posts by Tom Allen →
This entry was posted in A272, chastity, Chastity Devices, male chastity. Bookmark the permalink.

8 Responses to “Do you miss being able to make choices about your orgasms?”